A word with… Lavender Lane 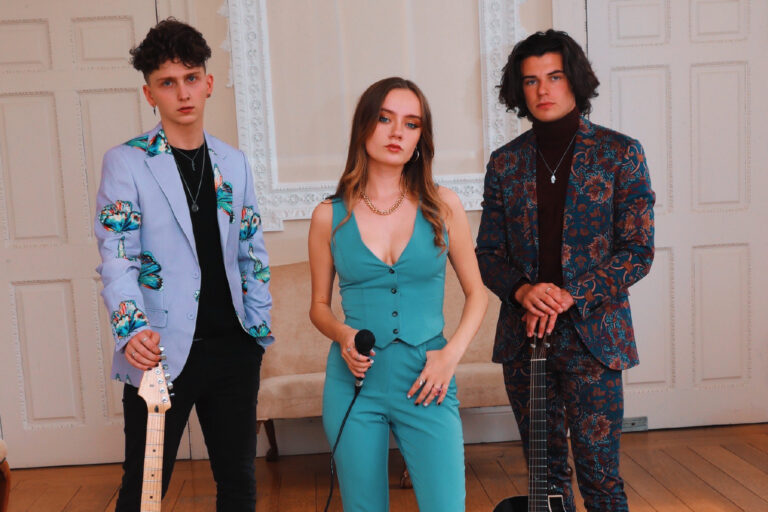 1. How did you come up with the band name, Lavender Lane?

Ursula: The band name was made during lockdown; we actually still have the messages from the exact conversation it happened in. I’ve always loved the colour purple, particularly the shade Lavender and in Pokemon there’s a place called Lavender Town, we saw this and decided to chop town and add lane.

1. I live next to a massive lane where we got our first ever photos taken and;
2. Because it created some pretty tasty alliteration.

2. When writing/recording in lockdown, where did you draw your inspiration from?

Ursula: Trying to stay motivated and inspired throughout lockdown wasn’t the easiest, in a time like that
it’s sort of hard to steer away from writing pretty depressing chunes and hiding underneath your duvet all day. Although we were limited in the places we could go and take inspiration from, our feelings were definitely heightened during this time, this made writing about the way you felt almost easier. Talking definitely inspired me. The boys and I were on a zoom call and we all got into a pretty deep conversation about this really similar experience we all shared, this happened to link to Blame as well which made it even more of a coincidence. Although it now feels pretty tedious, Zoom was my saving grace, my best pal Jonny and I would stay up every night ‘til about 2 just having deep chats and talking about a lot of random stuff, this definitely kept me inspired.

3. Can you describe how lockdown affected your song-writing and the recording process?

Matthew: Lockdown had a massive impact on our writing as a band, as we officially formed in Lockdown the majority of our early writing took place over the internet. Whether it be Zoom calls every week or just sending each other ideas and files to work with in between times. We were forced to adapt but it also gave us a chance to work on our skills recording and producing at home, which allowed for ‘Blame’ to be recorded in a bedroom!

Euan: We originally recorded blame in my bedroom and that’s how we record all of ours songs! We finished ‘Blame’ in our good friends JP O’Grady’s (@citizenpapes) bedroom in Glasgow. He also did the final production on it and he did a fantastic job in transforming the song, can’t thank the boy enough, especially since he had to deal with us 3, which isn’t easy haha!

5. What was your mental state like during the lockdown(s)? Do you think it had an impact on your songwriting?

Ursula: This is a hard one. I don’t think any of us can lie, lockdown impacted us massively with regards to our mental state. Each day could often feel like an absolute chore. It was really hard to see a light at the end of the tunnel. I think during this time all 3 of us were also simultaneously going through a lot of heavy shit, it was like the series of unfortunate events. I’m really glad we had each other though, I can’t put into words how much that helped.

6. Would you say lockdown had a positive or negative impact on your music overall?

Euan: Overall I’d say it had a massive positive impact on me. Felt like I was in autopilot with the music I made and it [lockdown] made me open up my eyes to pop music. I listened to Voicenotes by Charlie Puth and that completely switched the direction of what kind of music I wanted to make. 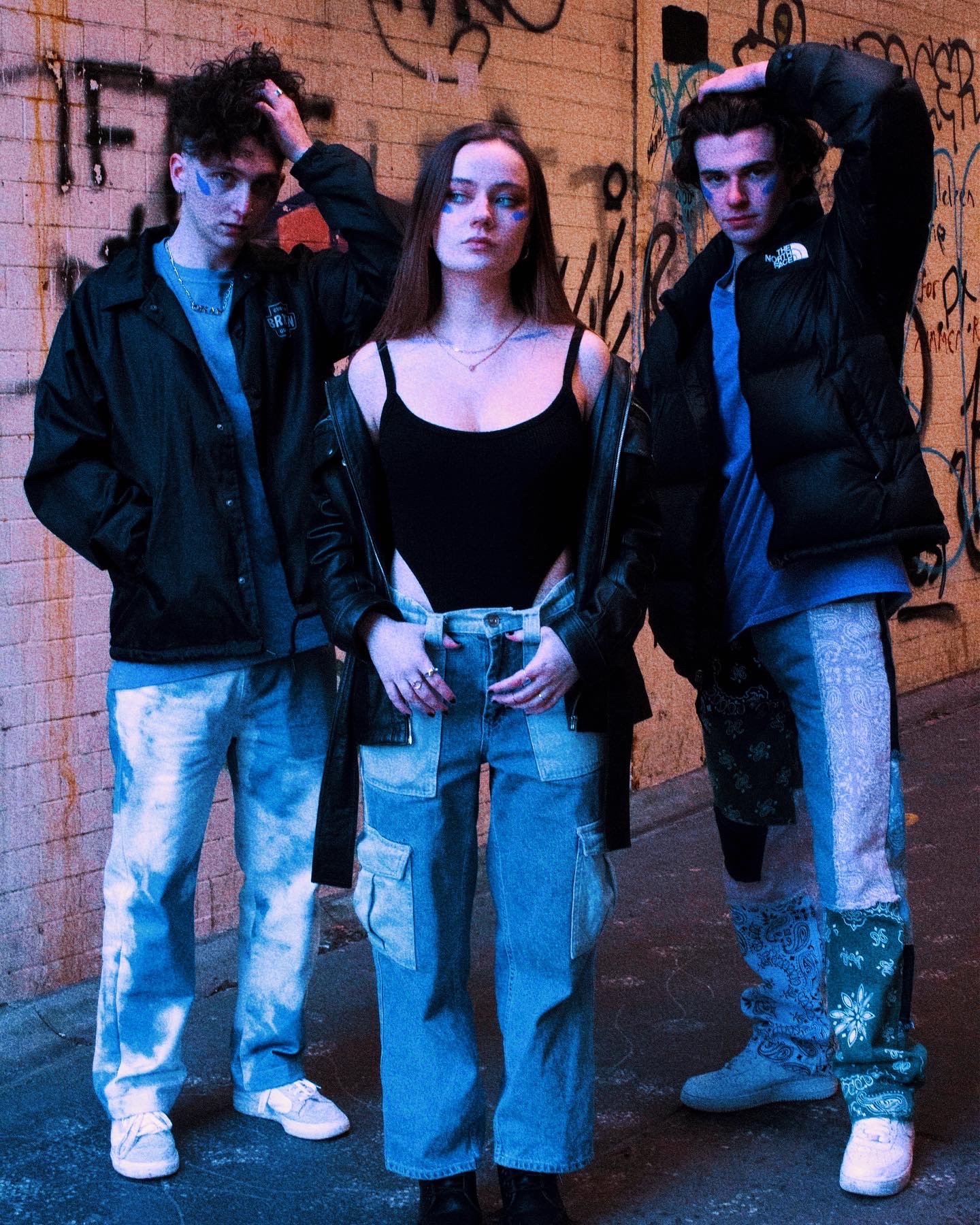 7. Who are your musical influences?

Euan: I take a lot of influence from Dayglow, Blanks, Dua Lipa and Charlie Puth.

Matthew: I have a very wide range of influences, I’d say my most prominent at the moment are Jeremy Zucker, Sam Fender, Holly Humberstone, Hozier, Phoebe Bridgers and Lizzy McAlpine (I could go on).

8. What was the last song you listened to on Spotify?

Ursula: Pain by The War On Drugs (I’ll never get over how good this song is)

Matthew: Spice by Sam Fender (going to see him at the Barras and its also just a tune)

9. What were you guys taking out of the oven in the ‘Just a day in the life :)’ video on TikTok?

Matthew: We were taking out a stunning pasta bake. We love food, like really love food and its always a part of our writing sessions and rehearsals. Euan and I both love cooking as well so there’s always a good meal going.

10. Who’s the best cook in the kitchen? What’s your specialty/staple dish?

Ursula: Euan is head chef, he mainly eats chicken with a side of chicken with some extra chicken on top. Unfortunately for him I’m veggie so when I’m round he often makes veggie burgers or wraps, also makes a pretty banging fried rice dish, the boy is actually not bad at cooking.

11. What are your must-have snacks/beverages when writing/recording?

Ursula: Matt and I have an obsession with iced tea, we went through ten bottles on the day of our headline, we also love pesto pasta, any kind of chocolate, rice cakes and Thai sweet chilli Sensations.

12. Who would you most like to collaborate/perform live with?

Euan: There’s obvious ones for me like Charlie Puth, Dua Lipa etc. But artists I think would be amazing to work with are Remi Wolf and Dayglow. I’m a massive fan of both their music and take a lot of inspiration from them in my writing. Hit us up if you’re interested and by chance you’re reading this guys xo

13. How was it playing your first show to a sold-out crowd at the legendary King Tut’s Wah Wah Hut?

Euan: Was insane to hear people sing ‘Blame’ back to us, specially since they only had a few days to learn the words! Can’t wait for the next time we headline a show in Glasgow cos the crowds are always the best here… unless another city wants to try prove us wrong!

Ursula: King Tut’s was one of the most surreal experiences any of us have ever had. We were up in the dressing room and we could hear how packed it was downstairs, I felt like we were starring in a movie or some shit. Matthew and I have never really properly played a gig before, I’ve done a few where I’ve sang backing vocals or played keys but nothing like this. After getting ready it was time, we got called to the side of the stage after downing some burgers from KFC (probably not the best idea). My heart was in my mouth at this point, we could actually hear people chanting ‘Lavender Lane’ which was absolutely insane. When we got on stage the crowd lit up, the welcome we got was unbelievable. As soon as the first song started we just
got straight into it, it went amazingly. It felt like we were meant to be there, on stage, it just felt natural. I don’t think we could’ve asked for a better night.

14. What’s next for Lavender Lane?

Matthew: We don’t want to give too much away just yet, but definitely keep your ears peeled for some new music and more gigs. Some big things on the way for sure anyway…

To listen to Lavender Lane or find out more here’s some links: